Welcome to the Huntingdon County Online Community Profile! We hope you enjoy learning more about our wonderful community. If there is any other information that you need, please visit our website Huntingdonchamber.com or give us a call at 814-643-1110.

The small towns, rolling fields, and forested ridges of Huntingdon County will feel like home, no matter where you are from. Our communities and rural countryside are home to over 45,000 people, spread throughout 48 townships and boroughs ranging in size from less than 100 people to nearly 7,000. The county’s topography varies from gently rolling farmland to heavily forested mountains, and with nearly a quarter of the county’s area publicly owned, there is always somewhere new to explore.

Lakes, rivers and streams define our landscape. They are also our most popular attractions, bringing tens of thousands of people each year to play in our clean mountain streams and enjoy the largest lake entirely contained within Pennsylvania. Created as a flood control project, Raystown Lake offers over 8,300 acres of water surface, creating opportunities for a host of water sports including waterskiing, tubing and personal watercraft use. Plenty of public space is available with 29,000 acres of beach and park space, complete with over a dozen public access boat launches. Known for its tremendous fishing, Raystown Lake attracts fishermen from throughout the state and beyond – all looking to land one of our trophy fish. The lake powers a hydroelectric dam and much of our community’s tourism business.

The waterways of Huntingdon County played a large role in the area’s development. Rivers were the first highways, used by hunters and trappers to gain access to what was then remote forests. Early settlers were attracted by the fertile river valley and began to colonize the region. The Juniata River was a vital source of power for grain and woolen mills, as well as a means of transportation before the railroads were constructed in the mid-1800s.

The area’s virgin forests were a seemingly endless source of high-quality lumber; while rich deposits of iron, coal, fire-clay, and limestone formed the foundation of the area’s industrial base, which expanded greatly and, in time, built great wealth for many companies. An excellent example of this is the J.C. Blair Company. In the late 1870s and early 1880s, John Chalmers Blair invented and popularized the use of the modern padded paper writing tablet, and marketed it to a growing nation. As the business grew and expanded, the structure became one of the dominant elements of the Huntingdon skyline – until a devastating fire razed it this past year.

Huntingdon, the county seat, is located on the banks of the Juniata River. As the county’s largest community, Huntingdon is home to a well-respected private college, a strong, cohesive business community, several churches and a rich history that dates back to the 1780s. Approximately 7,000 people call Huntingdon home – many with families that have lived here for generations.

Whether you are here for a visit or you plan to move to the area, the Chamber of Commerce is here to help. This website was created to answer many of the most common questions about our community, but if you need more information, please don’t hesitate to visit our office at 500 Allegheny Street in Huntingdon, or call us at 814-643-1110. 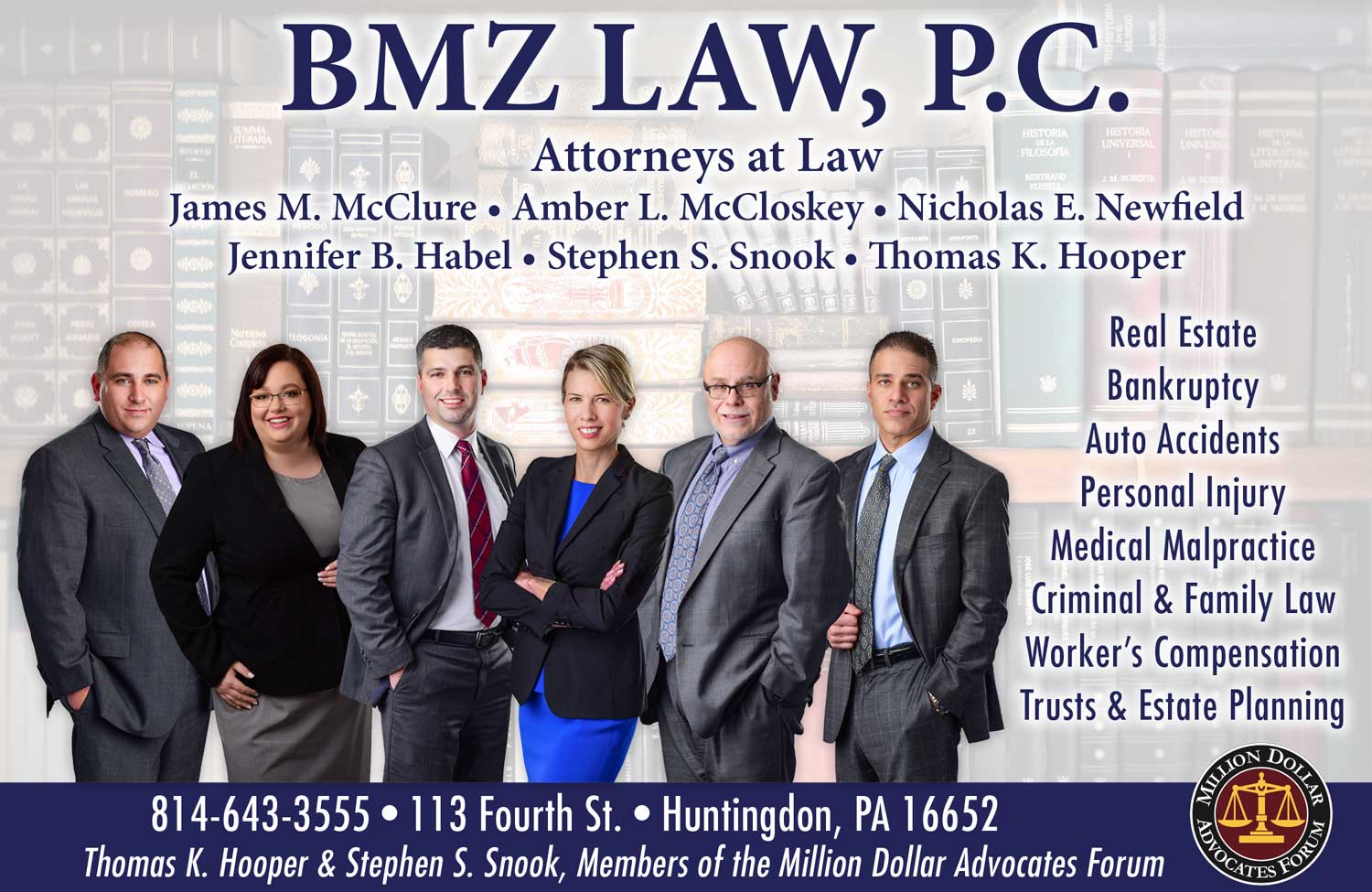